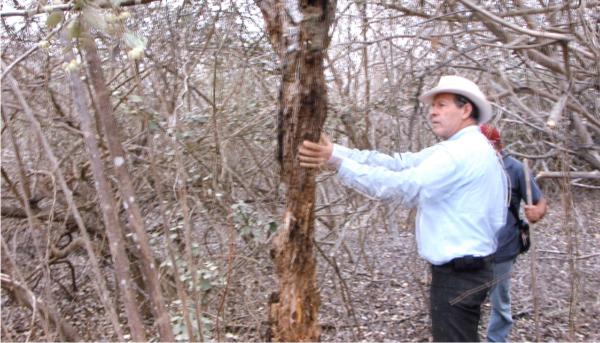 This 2005 photo shows Gary investigating palo santo after which he began distilling the wood.

We were in Chongon in 2005 when I started teaching at the university there and doing research and looking for plants. On one of my expeditions into the desert jungle, I was looking at palo santo. I was the first to distill Palo Santo essential oil.

Here’s Mary, watching the workers chip ruta for distillation in 2006. 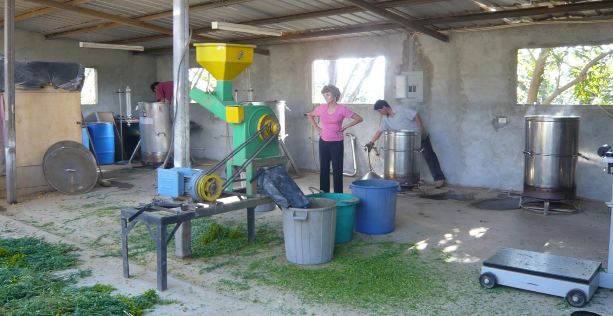 Mary Young in 2006 watching the chipping of ruta for distillation at the Young Living farm in Chongon, Ecuador.

About that time is when I started cultivating rosa morta and dorado azul. Then when I was teaching at the university, I brought students out to a field of rosa morta to teach them about cultivation and distillation.