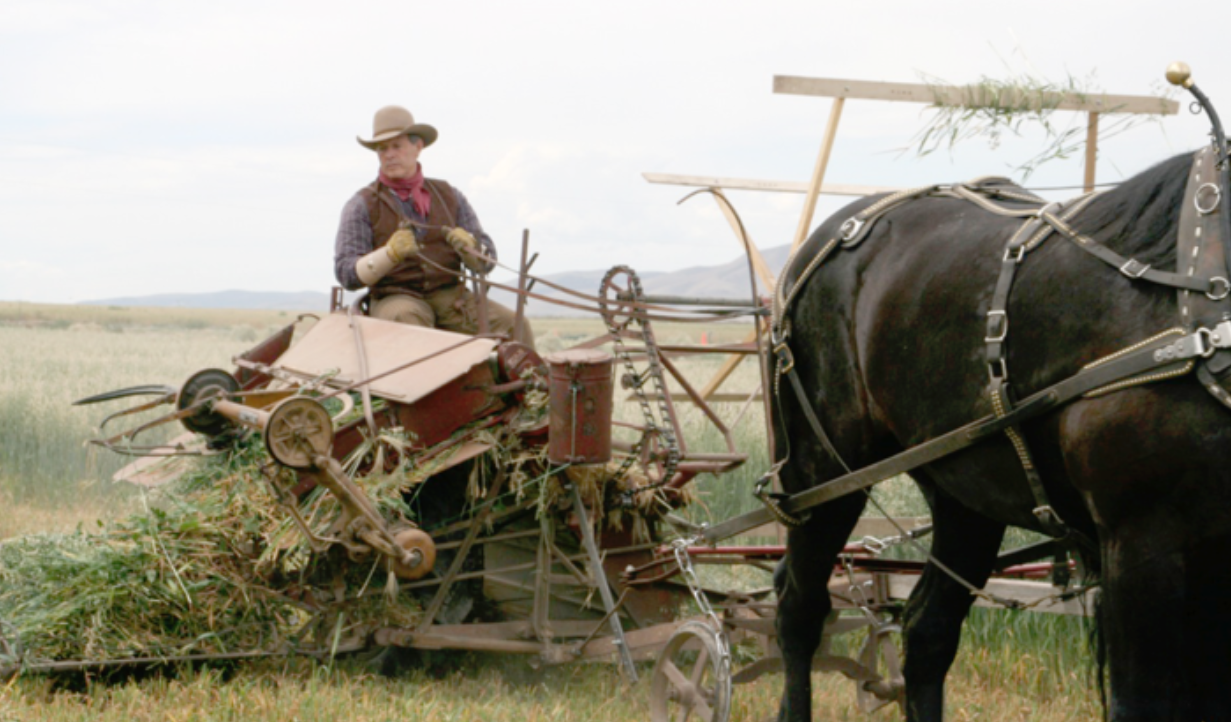 This photo was taken at the Young Living farm in Mona, Utah, showing Gary harvesting oats the old-fashioned way.

This photo was color touched because it was taken about 100 years ago when I was 20 years old. Actually, this is when I was cutting oats at the farm in Utah. We cut them that way this year; and if you come to the harvest in September, you will see it. We also thresh it the old-fashioned way.

I’m going to tell you a little secret that’s really important. You’ll read about it in my book as well. In ancient times when grain was first harvested, they didn’t have mechanical, mechanized equipment; so they would go into the field and cut the grain with scythes. They discovered that if they waited until the kernels were ripe and then hit them with the scythe to cut them, the kernels would fall out of the husk. So they realized that in order to capture the kernels, they had to cut the grain while it was still green. Then when they put the scythe through it, the kernels didn’t shake out of the husk.

They then tied the grain into bundles and stood them up, so the grain could finish maturing. There was a secret element that evolved in that grain, and that was called “enzymatic activity.” So as it stood there the seven days while it was maturing, guess what? The dew would come on at night and dry off with the sun in the day; or it would maybe rain on the grain during the afternoon or night, and then the next day the sun would come out and would dry it. Well, this process of moisture or dampness and drying caused the kernels to germinate. When they germinated, they activated the enzymes; so when people ate the kernels, they could digest them. It was that simple.

But people said that wasn’t good enough. We had to produce more food, so we had to mechanize, we had to speed up the process, and we had to reduce the costs. So they came out with the big combines back in the late 1920s, where the first 82-horse-drawn combines rolled through the fields of the Midwest. Then it just kept evolving from there.

What is a combine? A combine cuts and threshes the grain on the same day. So they wait until the grain is in a mature state, and then the combines come in and cut it and thresh it. That kernel never gets a chance to mature or germinate to activate the enzymes that facilitate the digestion process.