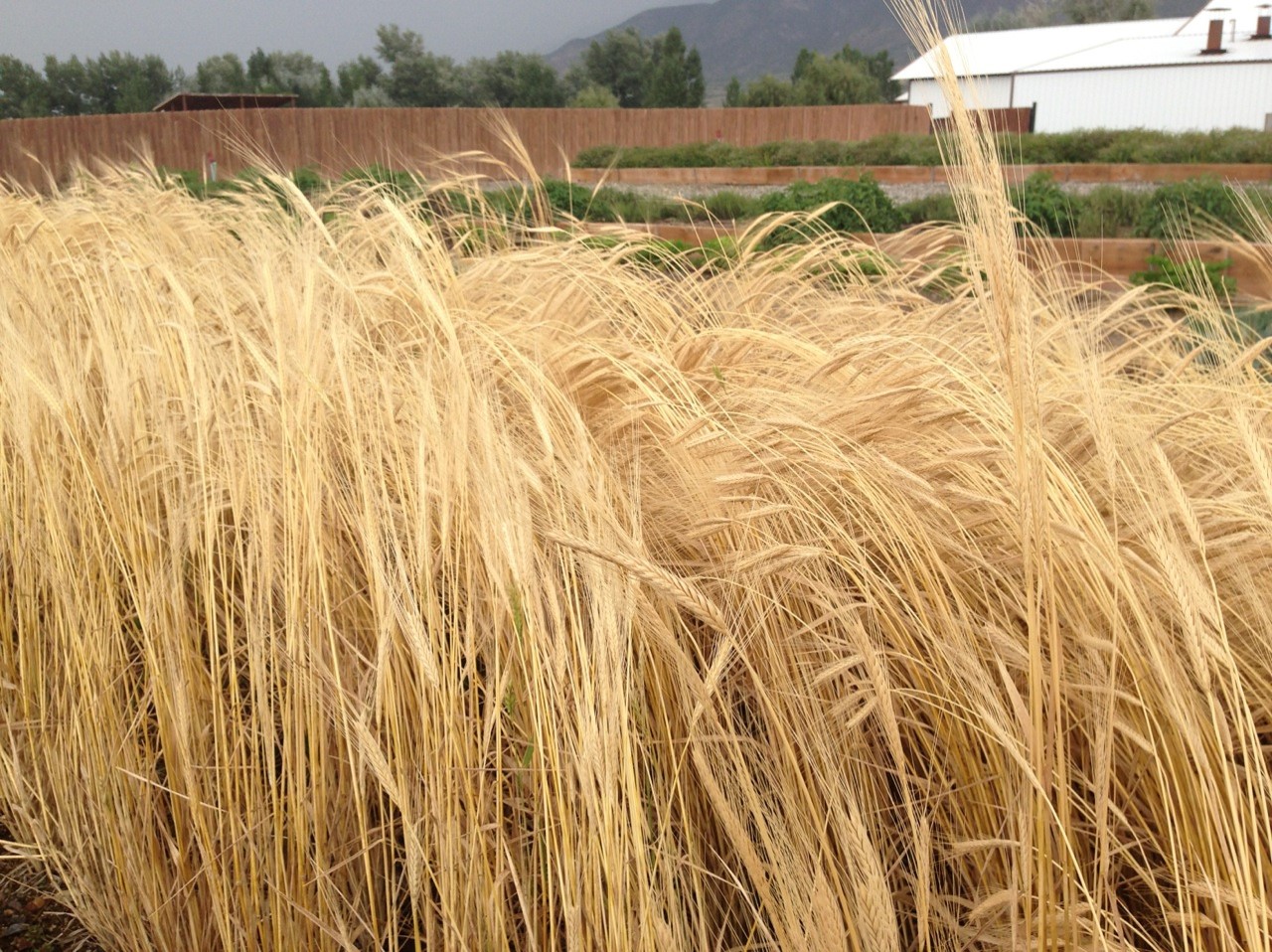 Those “amber waves of grain” are once again standing tall and proud at the Mona, Utah, farm that grows einkorn grain as well as lavender and other botanicals that are distilled for their essential oils!

Now, I want to clarify something here. The wheat species is called Triticum. You will see einkorn referred to in other publications as “einkorn wheat” (Triticum monococcum). Well, that would be the same as saying “spelt wheat” (Triticum spelta) or “kamut wheat” (Triticum turanicum). You could lump them all together if you want.

However, einkorn is as independent in its identity as oats, barley, spelt, kamut, amaranth, or quinoa. It has its own identity. I don’t want you confusing einkorn with today’s hybridized Triticum aestivum wheat, so I refer to it as einkorn or einkorn grain.

In my book, Ancient Einkorn: Today’s Staff of Life, I explain that einkorn has just 14 chromosomes, while modern dwarf wheat has 42 chromosomes. They are very different.

Between our farm in France and the farm in Mona, we are growing over 250 acres of einkorn. [Einkorn has also now been planted at the new Northern Lights farm in British Columbia, Canada.]