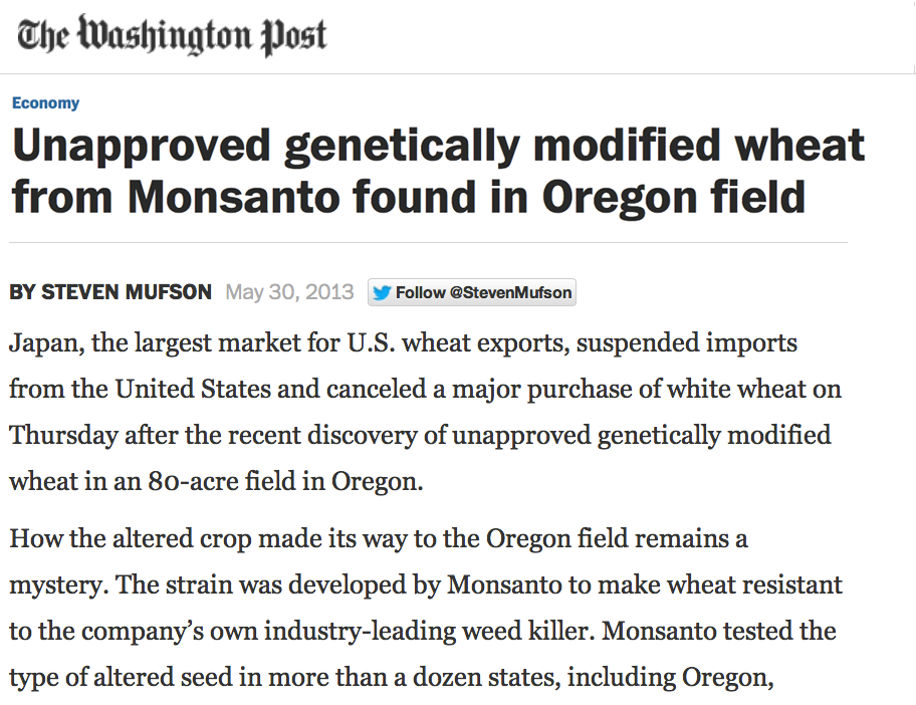 An 80-acre field of illegal GMO wheat mysteriously appeared in Oregon in 2013. Now who would have done a thing like that?

In the journey from innocent, low-yield einkorn grain to high-yield, created-in-a-laboratory dwarf wheat, we’ve witnessed a human engineering transformation. Perhaps we can recover from this catastrophe called hybridization, but a big first step is to recognize what we’ve done to this grain called wheat. What has happened is very shocking. It’s like putting a frog in water and then turning the heat on. It has just come on us slowly; and we’ve become accustomed to it, even though it makes our health miserable.

Genetically rearranged beyond recognition, these unexpected DNA arrangements can result in negative consequences. Manmade wheat has hexaploid DNA and octoploid is being tested. Now we’ve gone from the hybridization to GMO, so we’re taking it even further down the course of destruction.

Here’s an article stating that unapproved genetically modified wheat from Monsanto was found growing in an Oregon field. That was June 2013. Japan then blockaded the import of the GMO wheat into Japan.

Korea blockaded it in June, July, August, September, and October; then in November for some unknown reason, Korea lifted the ban on GMO wheat and accepted importation of it into Korea. Why? What’s going on is shocking and upsetting.