When Wheat was Wheat! 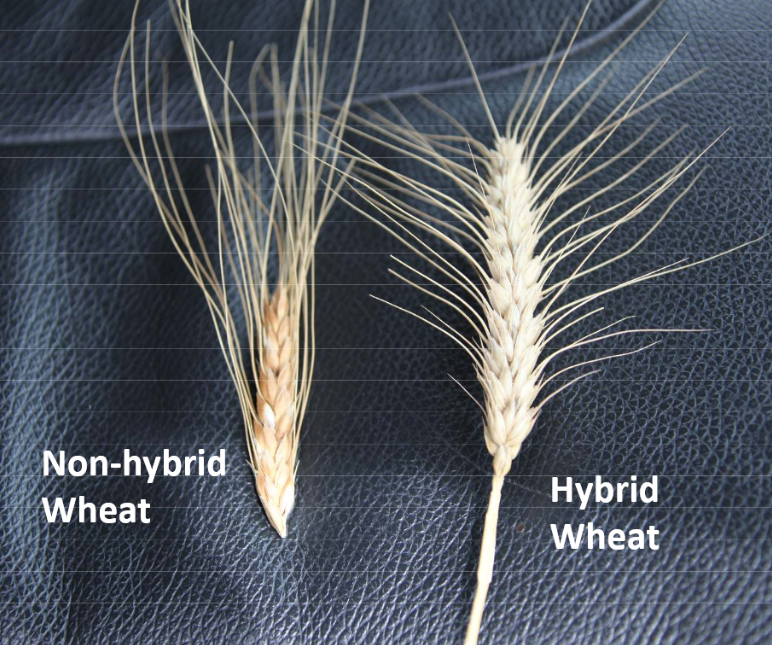 When I was a little boy, my dad grew nonhybridized wheat. He originally brought that wheat from Huntington, Utah, which the family had raised there back in the late 1800s. Of course back in those days, families would grow their wheat, oats, and barley for the year’s crop and for what they needed to put away for the winter; and then they would always put some seed away for the next year’s planting. Nobody bought seed in those days; they grew their own seed and carried it over from year to year. We grew wheat and oats primarily.

So the wheat my father planted on our farm is what he brought from Huntington, Utah, when they moved from there to southern Idaho in 1921 in iron-tired, covered wagons. Then in Idaho, on the Snake River where they homesteaded and started their farm, his father and uncles planted the seed that they brought from Huntington, Utah. Their wheat was not hybridized wheat or grain because it didn’t exist then except by nature’s natural hybridization process that happens through cross pollination of plants.

The wheat that we grew when I was a boy in the late ‘40s and early ‘50s was taller than us children. When my sister Nancy and I were 4, 5, 6, 7 years old, part of our job was walking behind the horse binder and shocking the shocks of grain and standing them up like teepees. Then we would play in them. We could run inside and hide, they were so tall.

As I got older, I thought, well, what happened; how come as I grew up, the wheat grew shorter? It didn’t make sense to me. Then when I traveled the world, I started seeing wheat that looked like the wheat that I played in when I was a boy. What happened?

This is a picture I took of the einkorn that I grew at the farm last year. As you can see, the heads are pretty small. Much different than hybrid wheat.