No matter where we go, there is suffering, there is hurting. We find people who go without and live without every day—all while we have so much. I travel the world constantly and see it all the time, and I’m trying to understand what is wrong with our systems that allow this to happen to people, good people.

Why did I go to Nepal after the devastating earthquakes of April 2015? At first, I felt that with all the money that was being raised for Nepal and the donations that were being made that Nepal was being taken care of. We sent a sizable donation to the Red Cross division in Nepal the week after the earthquake on April 25. That was a Saturday, and thankfully it was a Saturday because there were no children in the schools that collapsed. 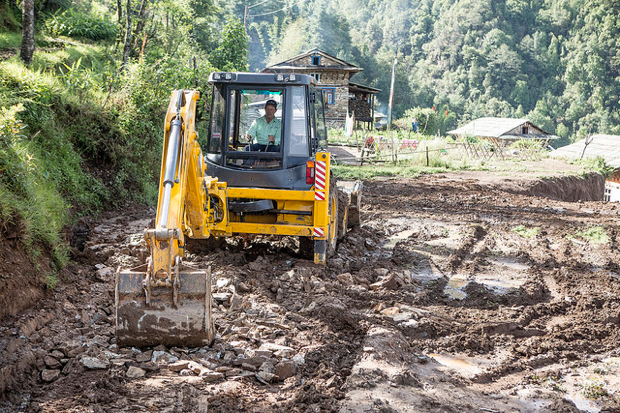 Gary’s response to Nepal’s earthquakes? He put his feet on the ground with equipment and began to rebuild homes and a school.

It was horrible, and not just because of one earthquake. They recorded having four. The first one was 7.8, second was 7.3, the third was 6.7, and the fourth was 6.3; and in between and right up until February when I was there the second time, they had many aftershocks that registered over 5.

When I was there in February, I got to experience an aftershock that was 5.5. It shook the buildings pretty hard and caused some landslides.

A commercial airliner flying out of Katmandu flew into a dust cloud from the mountainside that slid off from that shake and sent up a dust plume. The pilot tried to divert around the dust cloud but couldn’t climb above it fast enough. The dust went into the jet engines and took them out. The plane crashed, killing everyone on board. Just terrible tragedies.