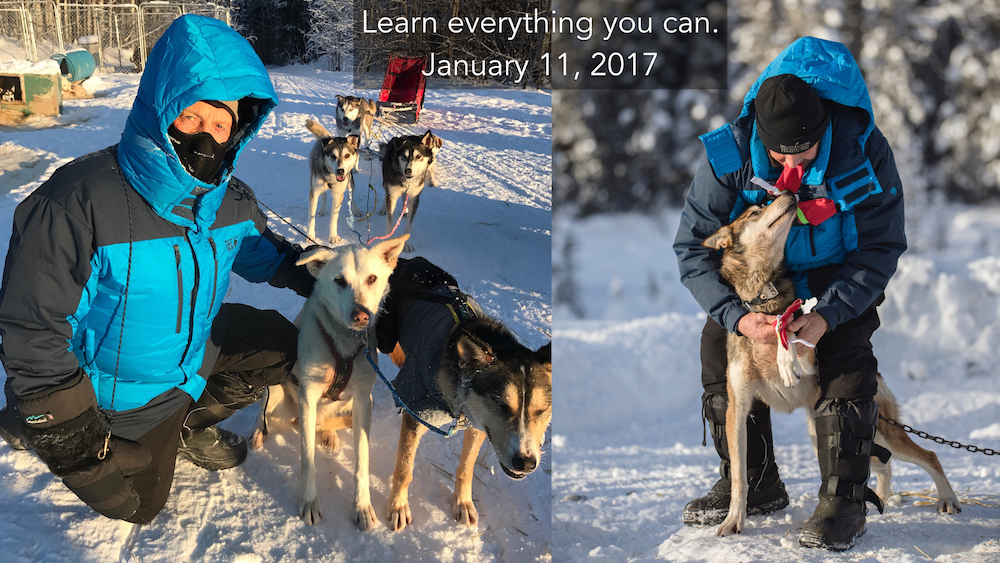 This photo was taken on January 11 of this year. On New Year’s Day, I called Mitch Seavey and asked him if I came to Alaska, would he let me take a dog team out on a ride and see if he thought I might be able to do this?
I was lying in bed after Christmas and had the feeling that I needed to get out of the space I was in. I had to make a change because the condition I was in physically was eating me alive mentally. I knew that if I didn’t get out of that mindset, it was going to be very destructive. So I thought of the craziest thing I could think of to do in December.
I rolled over in bed and said to Mary, “What would you think if I went to Alaska to race dogs?”
She was very kind. She looked at me and said, “Have you lost your flippin’ mind?”
I was very politically correct and said, “Okay.” She felt safe.
After breakfast, we were sitting around the table. I asked my boys, “Jacob, Josef, what would you think of Dad going to Alaska to race dogs?”
“Yeah, Dad, that’s cool!” Well, I had three votes; what could she say? You see, guys, don’t argue with your sweetheart. Just find a politically correct way to reframe it.
So, on January 11, I went to Alaska to learn.
Find people who are successful and then watch, listen, and ask questions. Watch and duplicate their success. That’s what I did with Mitch. 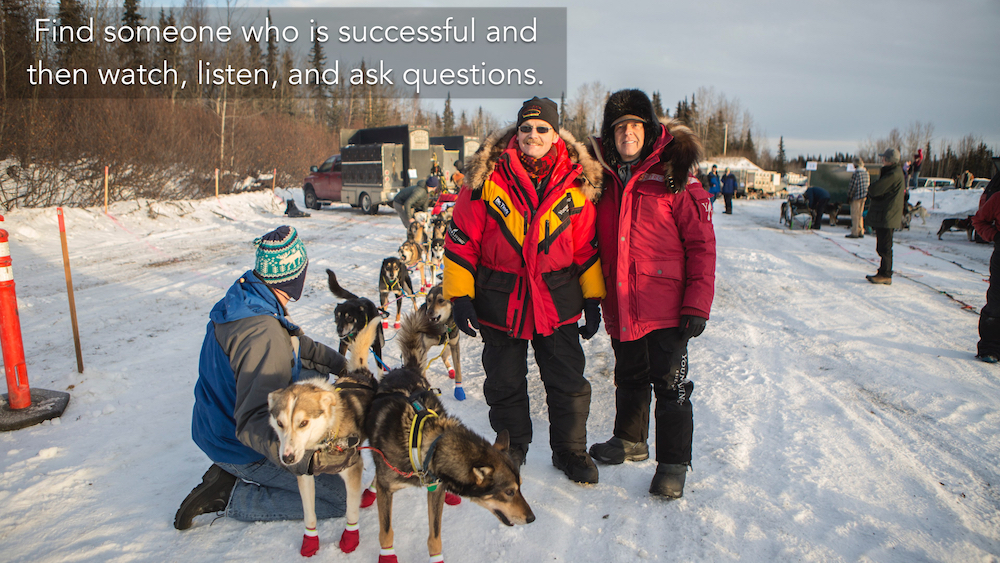