What Gary’s Clary Sage Journey Means for You

Young Living has grown clary sage for more than 25 years and distilled it into the finest Clary Sage essential oil for almost as long. What people may not know is how Gary fought to bring its herbaceous, floral, lifting aroma to the world and why his long-ago efforts can make a very real difference in your life today.

The Deer Did It

In 1993 Gary planted small crops of peppermint and clary sage in St. Maries, Idaho, USA as an experiment. He’d worked hard to increase the pH level of the soil and to design a firebox boiler with a 250-liter distilling chamber and then work with a fabricator to get it built. Peppermint was the first plant distilled, and its oil was exquisite. Clary sage had grown extremely well too, but the deer loved it and ate it down to the ground. 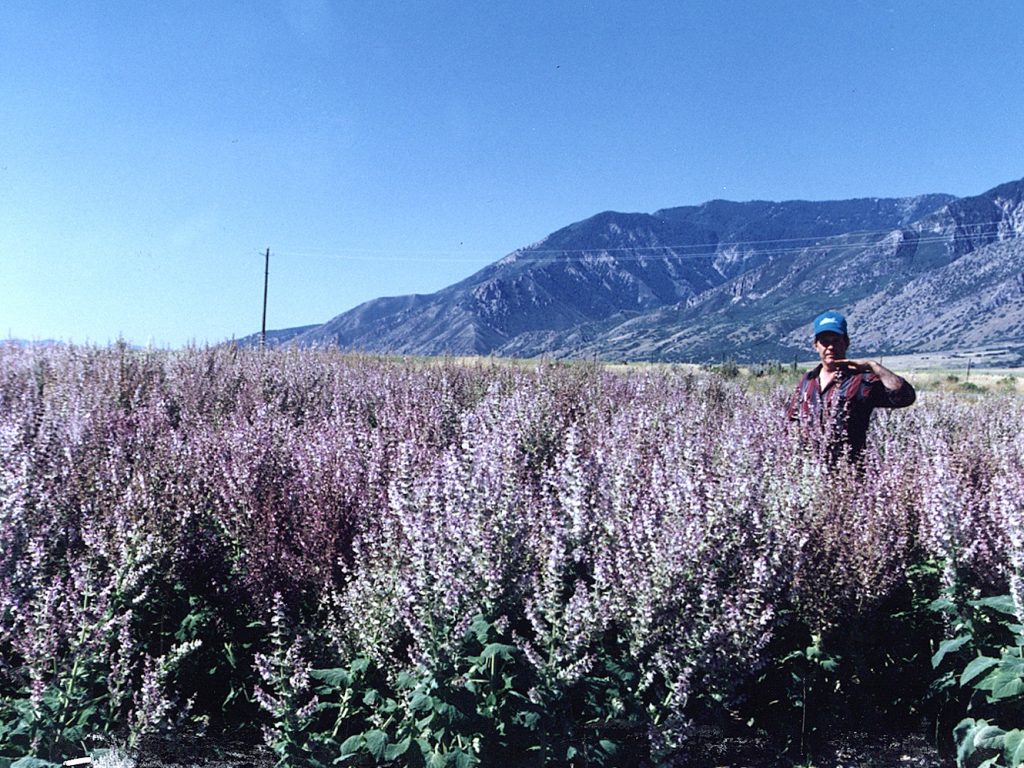 In fact, one summer evening, Gary and Mary flew to Spokane, Washington, and by the time they arrived in St. Maries, the sun had long since set. When their car lights illuminated the plants, more than 100 pairs of eyes stared at them, obviously disturbed by these “intruders” who had interrupted their feast. Clary sage was like an aphrodisiac to them.

Gary used electric fences, air cannons, dogs on leashes, different scents, etc., to keep the deer out of the fields, but nothing worked, at least not in Gary’s favor. Interestingly, the year after that, those well-fed does had the highest rate of twin births ever recorded by a fish and game office. It was hopeless, so Gary decided to grow clary sage only in Utah.

Even then, though, the first peppermint crop in St. Maries went moldy because of too much rain and too little sunshine. This was another learning experience. The crops grew extremely well, but fighting deer, rain, and mold made it impossible to grow some of the crops that Gary had hoped would produce oils.

The next year, though, the hot climate at what is now the Young Living Lavender Farm and Distillery in Mona, Utah, USA was perfect for the peppermint, and it grew very well. The production was tremendous, and the aroma was exhilarating. To Gary and Mary’s great relief, the clary sage also thrived, and the deer didn’t have any interest in eating it. The plants were a vibrant fuchsia, the aroma was exquisite, and the production was wonderful. 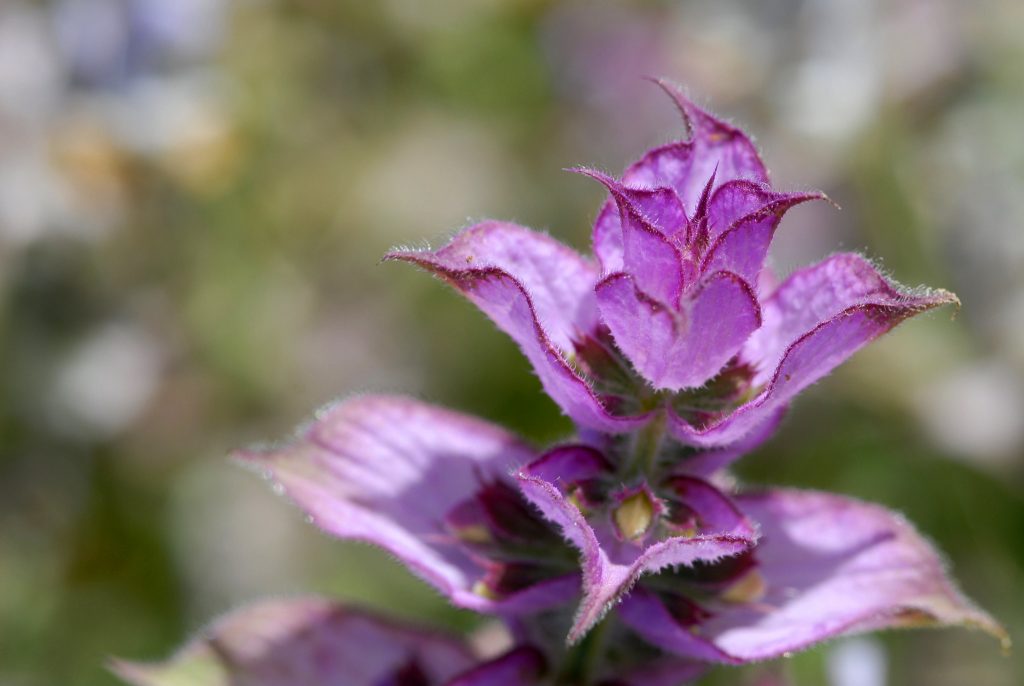 Just When Things Were Going So Well…

Gary had only one 3,500-liter extraction chamber in which the first lavender, clary sage, peppermint, thyme, and tansy were distilled. He had to steam clean the chamber between the distillation of each kind of botanical, a very long and arduous process. Because it took so long, Gary saw the need for more cookers.

So the distillery grew as Gary had more cookers fabricated to meet the demand of the increasing amounts and different types of plant material that needed to be distilled.

Initially, lavender, clary sage, thyme, melissa, and many other plants were first grown in the small St. Maries greenhouse and then trucked to Mona. But in the spring of 1995, Gary built greenhouses in Mona. There, farm workers cultivated thousands of starts that were not only planted in Utah but were also trucked to St. Maries for the expansion.

Then in 1996 and 1997, Gary leased and later bought a 1,600-acre former cattle farm close to the Mona farm. He worked even harder to prepare this farm for planting, since it had more than 800 acres of undisturbed sagebrush and, in the cattle pens, manure layers that were 4 to 5 feet deep. But no chemicals had ever been put on the ground, so Gary was excited about the new possibilities for farming on land without these chemical residues. He bought a manure spreader and began to spread the manure, then till, seed, and irrigate the land.

As in St. Maries and Mona, he first planted lavender, clary sage, and peppermint, and they all did very well. So Gary fabricated a new planting machine three times the size of the first one in St. Maries so that more planting could be done by fewer people in a shorter amount of time.

When harvest time came, he designed and built a new harvesting machine and several other pieces of equipment to make the harvest more efficient. And then came the big moment: the distillation of clary sage at the Mona farm.

The Moment of Truth

Gary had been distilling for over an hour when the water-supply pipe to the boiler broke, shutting down the distilling. The oil yield was good, and the distillation was almost finished, so the workers wanted to unload the cooker and prepare for the next one. But Gary had a thought: “Let the material sit in the cooker until we are ready to start again, and then let’s distill for another hour and see what happens.” This had never been done by any distiller of clary sage before then.

He was amazed when he discovered that during the second distillation period, there was greater extraction of the very desired compound sclareol. Allowing the clary sage to sit in the cooker until the pipe was repaired softened the fiber channels, which released even more sclareol. The oils from the first and second distillation periods were combined, which achieved an even greater balance of all the constituents.

What Gary’s Clary Sage Journey Means for You