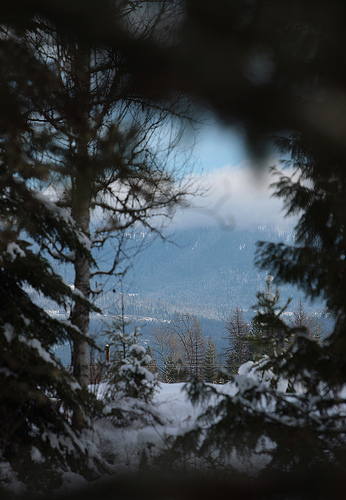 Gary’s father owned hunting land in the most majestic territory in Idaho, yet he wouldn’t capitalize on the greatest opportunity of his life.

When I was growing up as a boy, he was a big game guy, an outfitter, and had the largest territory in the state of Idaho. After he sold it, the man who bought it from him divided it into six regions, sold five of them, and kept one; he made a great living off of one-sixth of what my dad had.

I was just so frustrated to watch this. I said to my dad when I was 15 years old, “Dad, let’s go to the bank and borrow the money to build cabins down along the creek so that we can rent them out to hunters. Let’s get some new pack gear and set up some camps in the mountains, and let’s start advertising and taking people in the summertime on fishing pack trips and photo pack trips.”

We lived in the most majestic place in Idaho—among the mountains. Where we lived, we were right at the foot of Twin Peaks, which was the second highest mountain in the state. We were 9 miles from it. Our hunting territory went from our home all the way to the Sawtooths in western Idaho, and it was just huge. I had ridden almost every mile of that country on a horse. It didn’t matter whether it was Rocky Mountain big-horn sheep that we hunted, or cougar, or bear, or elk, or big mule deer–it was all in our territory. We had such a phenomenal opportunity!

I had said, “Dad, if you will do this, I’ll take a full-time job from school, and I’ll make the payments on the loan; but they won’t make the loan to me at age 15.”